What Is Character Concept Art?

MOBA, RPS, and games of many other genres revolve around the playable characters, and that gives certain specifics and importance to developing video game character concept. It’s a wide and popular subject since the process of producing a character involves so many different areas of expertise.

Designing character concept art has a similar workflow regardless of the game: it starts with idea generation, research, and drafting of the character. In order to develop a character concept, an artist usually starts with a mood board to help with the design process, then prepares several sketches for the client to pick from, and once the character has a design, the artist starts working on the colors and making all the rest of the concept required, such as different angles, movement sheet to help the animator to capture the character’s theme and personality. After that, the character gets modeled, rigged, and animated.

The Step-by-step Process Of Creating A Character Concept Art

To learn how to draw a character concept art, first, we need to understand that a good character concept art in game development conveys the idea of an imagined hero in such a way that allows for monetization and helps to retain players. For that, it should invoke the player’s emotions and be memorable. Since the early epoch of the game dev evolution, characters concept art became a standalone profession.

How to draw a video game character concept that is expressive and catchy? It would help if you considered using several distinctive features, such as a character’s history, styling, epoch, etc. In this article, we will reveal the must-knows necessary for creating a video game character concept of any complexity. Get to know what it takes to create a character that stands out—knowledge shared with you by Lead Character Concept Artist at Room 8 Studio Olga Starodubtseva.

Creating character concepts for a game may seem like a daunting task. Yet if you’ll try to break the creative process down, you’ll find several key aspects that help to draw concept art for a character:

The character concept artist should understand all of the above and know how to use them.

This includes personality features, character’s good and bad traits, profession, and past. Create character concept art with every detail informative: let all the tools and accents say something about the hero.

A good silhouette for a game’s character helps the player to get information about a character at a glance, almost instantly: regarding the profession, sex, age, background, weapon or artifact, style of the game, etc. 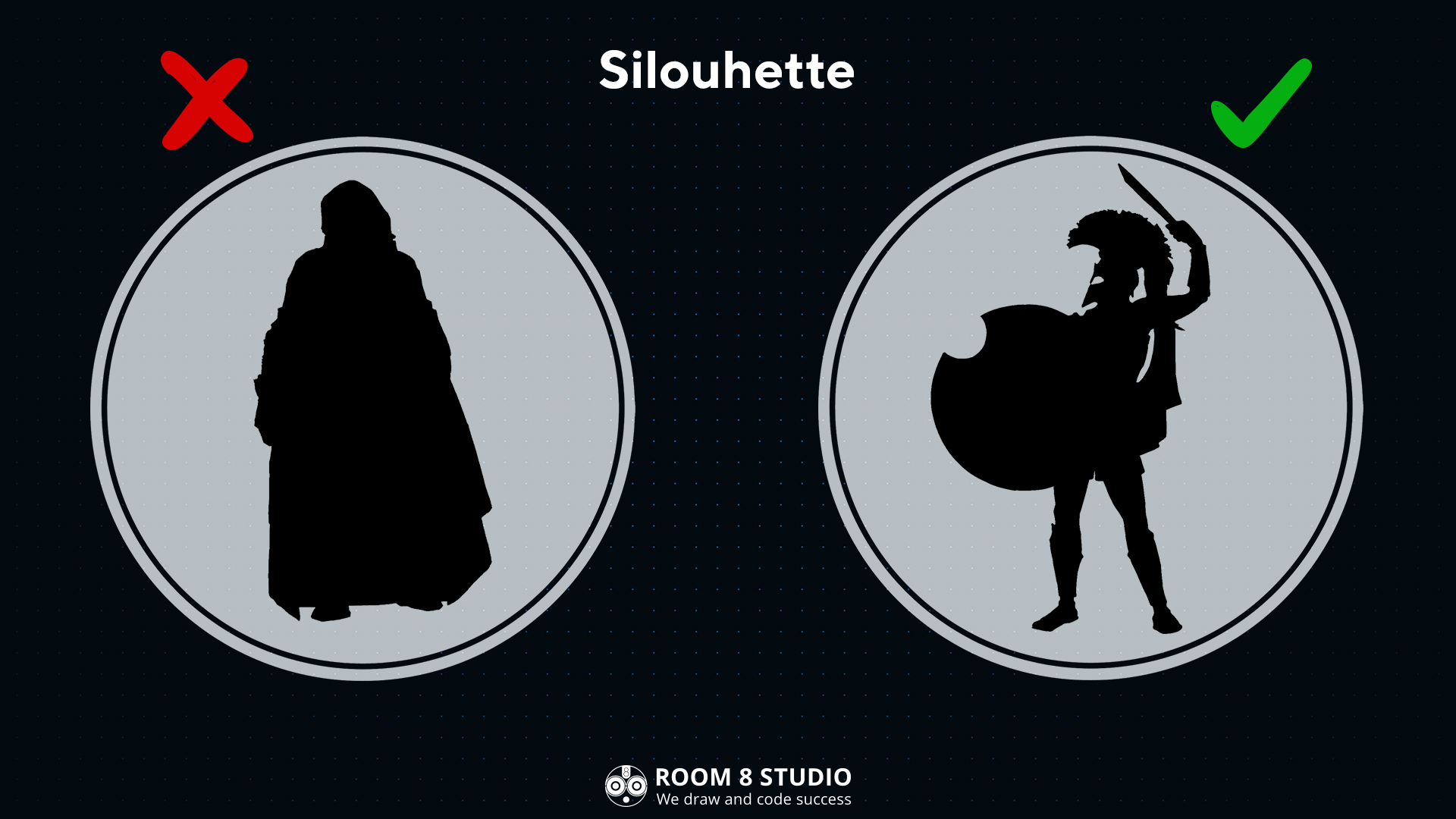 In the golden section, the Fibonacci sequence is the well-known proportion that makes up for a visually pleasing composition. Apply them to your character concepts, their coloring, and their composition. For example, use 60% for the main color tone, 30% for secondary, and 10% to create accents.

There are two indestructible constants in nature—chaos and order. And there is a harmony somewhere between them. You may hear a lot about the golden ratio—a proportion or harmonious division pleasing to the human eye. The ‘rule of thirds’ technique, as a simplified version of the golden ratio, was used everywhere by Renaissance artists in their paintings. And it would help if you were not skeptical about the usage of this technique nowadays because you can see the “rule of thirds” in action today in almost any frame of any movie.

Another description of the law of harmony in nature is the Fibonacci numbers—the elements of a sequence (“Liber Abaci,” 1202). Each successive number is equal to the sum of the two previous ones. 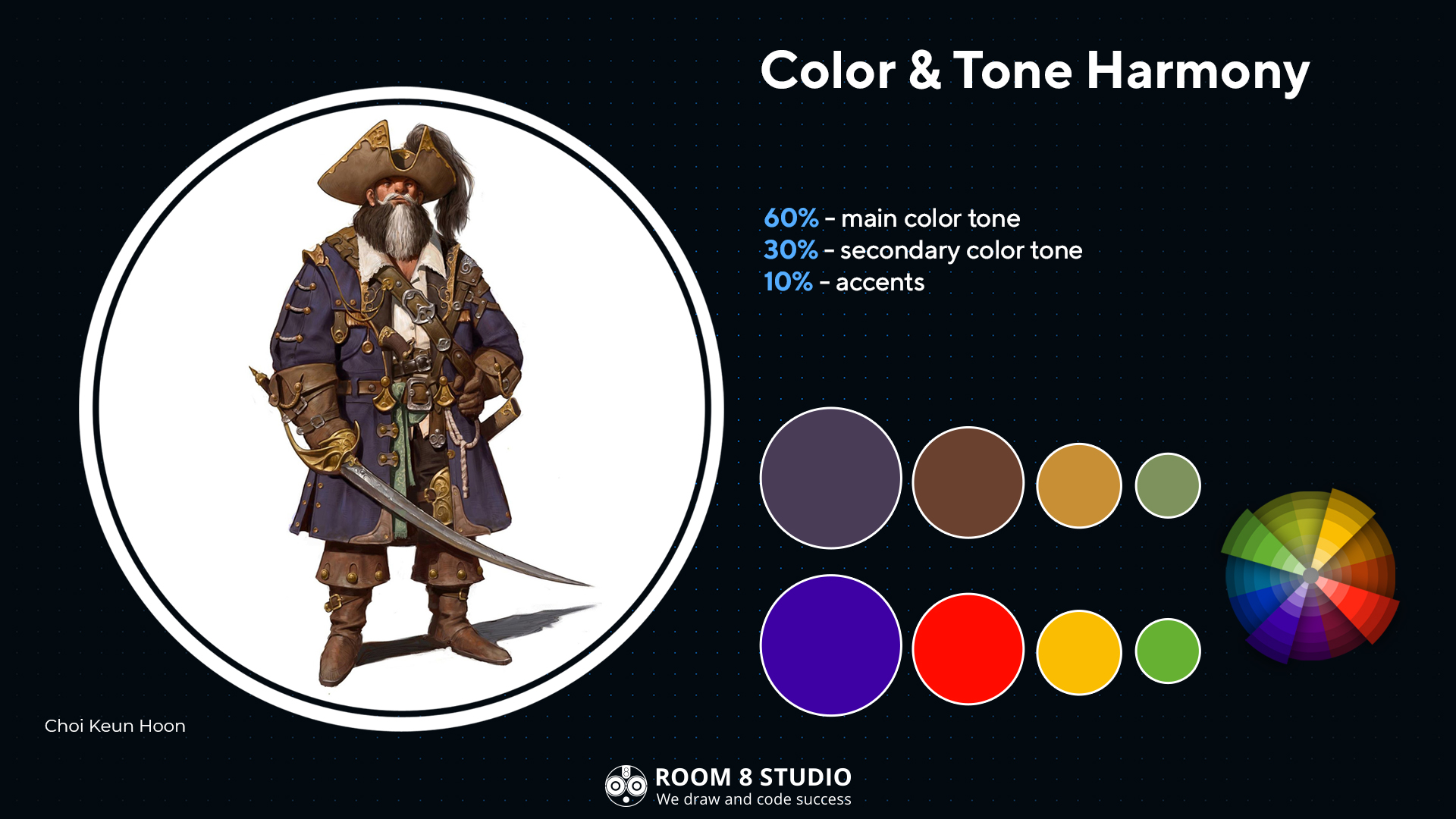 With color tone, size, and level of detailing, it’s easy to highlight a particular element. Try not to overdose the character with these, as an eye should have ‘resting areas’ free of excessive detailing.

To make character concept art, use features of specific epochs or cultures to address relevant emotions. Add an element with a twist to make the character memorable; examples may be an unusual weapon, transport, pet, piece of clothing, or a magical object.

Also, use color shades: lighter colors are usually associated with ‘good guys,’ while darker shades are for ‘bad guys.’ And, of course, making characters sexy is a good tool to add appeal to them and, ultimately, monetize the game.

Each of the above points gives some insights and keys to creating an excellent character for a video game with memorable features and characteristics. Try to work through these basic aspects step by step. Of course, these five pillars are only a start in creating a great game character. The real process takes time and practice but, ultimately, helps make these games we all love to play.

Designing characters takes a lot of expertise in addition to a unique style. From stylized to AAA, our characters’ concept art team has years of end-to-end expertise to deliver outstanding results. We work in different styles, from realistic & semi-realistic to stylized, and can provide end-to-end art support.

Character design is quite a time-consuming process that demands effort and the ability to work and communicate well with others, especially on big projects. For a successful character design aimed at a large audience, all these people should be capable of working together to communicate their ideas and create content that compliments each other’s work.

While it’s pretty hard to find skillful artists with the needed style to make a game stand out, experienced teams offer workflows to make creativity sustainable and scale art deliveries for large projects.

Does your game need great characters? Tell us the details of their life story, behavior patterns, and traits (nature), and Room 8 Studio professional artists come up with really expressive game character сoncepts! Contact us using the form below to see how we can leverage our experience to create the game of your dreams. 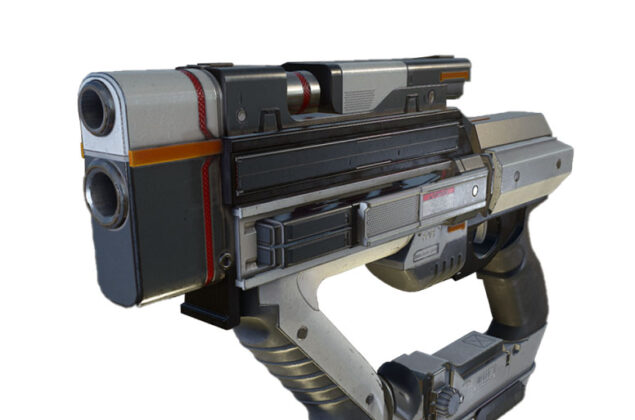 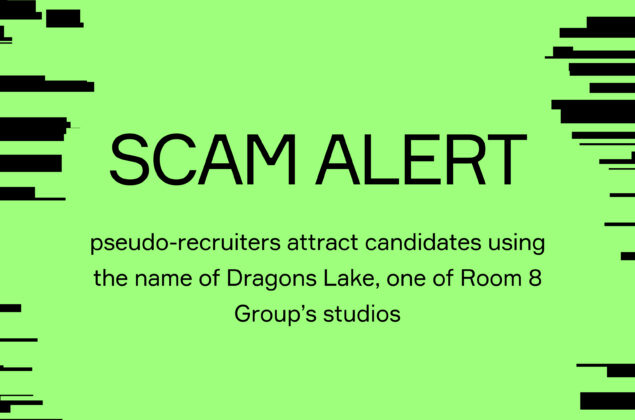 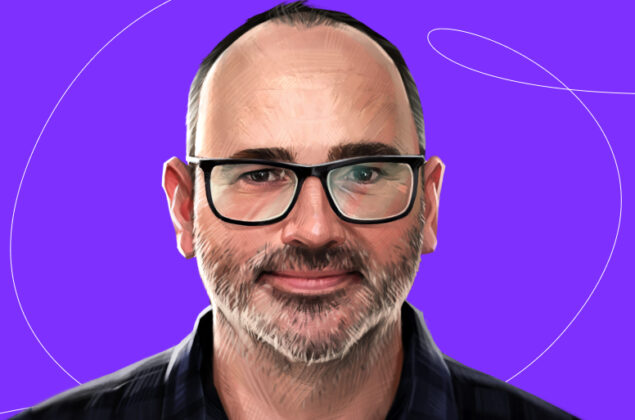